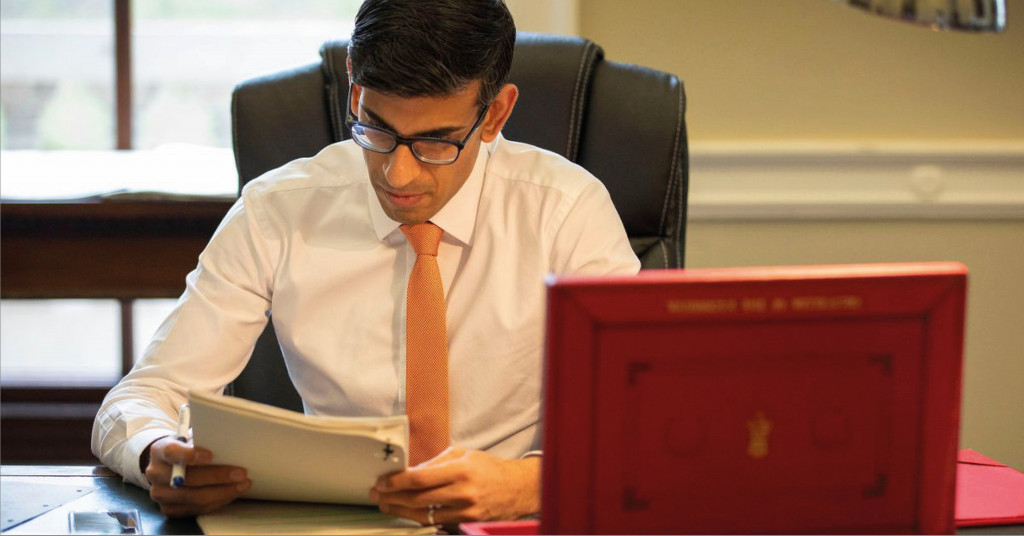 Chancellor Rishi Sunak’s Spring Statement this week will be of interest to many Britons as the cost-of-living crisis worsens. As housing costs continue to increase, many are looking to the government for new policies to help them manage their budgets. Already, earnings are being squeezed in ways that many people haven’t seen before, and growing costs of living indicate that things will get worse before they get better.

The Spring Statement will be delivered on Wednesday, and we’ve compiled a list of possible announcements for businesses below.

The 2021 Autumn Budget revealed a new 1.25 percent health and social care tax, which would raise class 1 and 4 national insurance rates and employer payments by 1.25 percentage points starting in April 2022.

While business leaders, Labour, and some Conservative MPs have called for a delay in the levy, the Guardian reported that Treasury insiders rejected this notion.

Most people’s tax payments may therefore go up starting in the following month. Employed workers earning £30,000 will have to pay an additional National Insurance payment of over £214 as a result of this change.

In light of historically high fuel costs, hauliers have requested the government to maintain the current freeze on fuel duties for an additional two years. Due to Russia’s invasion of Ukraine, the average price of fuel has surpassed £1.60 a litre.

As a result of fuel prices reaching their highest level in eight years during the Autumn Statement, a scheduled increase in fuel duty was cancelled.

Road Haulage organisations have also asked the government to postpone the forthcoming restrictions to usage of untaxed red diesel for a year.

Businesses in the hospitality industry are urging the government to keep VAT at 12.5% rather than increase it to 20% in April. As a result of growing household expenditures, they believe, people are already hesitant to go out for a treat and hospitality firms don’t need the added strain of higher VAT and a loss in sales to worry about.

A letter from the FSB to the chancellor has been published, in which it urges him to utilise the business rates system to assist small businesses with their energy expenses and to start an initiative to promote on-site renewable generation.

Steelworkers staged a demonstration outside Parliament on March 15 to highlight the danger to the country’s manufacturing sector.

Increasing energy prices have forced production to halt, endangering the livelihoods of workers, and they are pleading with the government for immediate assistance.

By raising dividend taxes by 1.25 percentage points during COVID, the Chancellor hopes to fill up part of the hole in government finances.

Some believe that the Chancellor may decide to lower the capital gains tax exemption threshold, which was originally locked until 2026 and generated £10.6 billion last year.

By lowering the threshold to £6,000, the Office for Tax Simplification estimates that an extra £480 million in tax revenue would be generated.

If you’re worried about any of these impending changes, please get in touch with us so we can support you and your business at enquiries@aitaccountants.co.uk

Let's tailor the right solution for your business

Get in touch
We use cookies on our website to give you the most relevant experience by remembering your preferences and repeat visits. By clicking “Accept All”, you consent to the use of ALL the cookies. However, you may visit "Cookie Settings" to provide a controlled consent.
Cookie SettingsAccept All
Manage consent

This website uses cookies to improve your experience while you navigate through the website. Out of these, the cookies that are categorized as necessary are stored on your browser as they are essential for the working of basic functionalities of the website. We also use third-party cookies that help us analyze and understand how you use this website. These cookies will be stored in your browser only with your consent. You also have the option to opt-out of these cookies. But opting out of some of these cookies may affect your browsing experience.
Necessary Always Enabled
Necessary cookies are absolutely essential for the website to function properly. This category only includes cookies that ensures basic functionalities and security features of the website. These cookies do not store any personal information.
Non-necessary
Any cookies that may not be particularly necessary for the website to function and is used specifically to collect user personal data via analytics, ads, other embedded contents are termed as non-necessary cookies. It is mandatory to procure user consent prior to running these cookies on your website.
SAVE & ACCEPT